Dangers of an Uneducated Ministry: "You May Have Been Raised Charismatic If…" 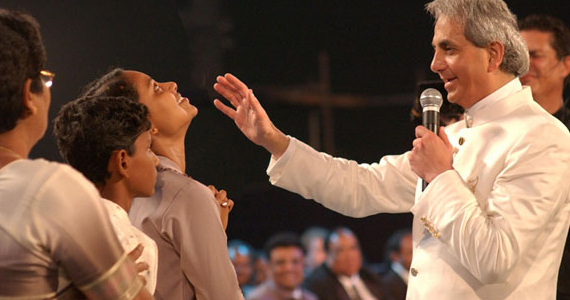 Tim Schraeder on 02/29/2012 posts the following.  He does so with joy and fondness, but we draw the opposite conclusions.  He proud of this stuff?  Takes joy in it?  There is flippancy, self-referential comedy, and irreverence in content and tone--who's surprised?  Tom states, "I wouldn’t trade it for the world."  We'd recommend trading all this stuff of manifold loondom.  More evidence for the dangers of an illiterate and uneducated ministry.
http://www.timschraeder.com/2012/02/29/you-may-have-been-raised-charismatic-if/


My Christian journey was profoundly shaped by the fact that I was raised in what some would call a charismatic church. I was raised in an Assemblies of God church and the first five years of my life in ministry were working on staff at an A/G church. I am grateful for how I was raised and after no longer attending an A/G church, I have come to value the impact growing up in a charismatic church made on my life. I will, however, note that there are some unique and quirky things that come along with it.
This list is by no means intended to belittle the charismatic upbringing I had, but more to celebrate some of the oddities that can be associated with the heritage we charismatic kids can share.

You may have been raised charismatic if…

Ok, ok I know. I need to stop. But really, the longer this list of charismania got the more I realized how crazy and special it was to share the joys of being raised charismatic. I wouldn’t trade it for the world.
Posted by Reformation at 7:20 PM