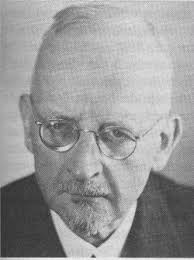 23 September 1888. Gerhard Kittel was born.
The infamous German Lutheran scholar and co-equally infamous anti-Semite and supporter of Hitler.
By the way, I am selling a second copy of Kittel's 10-volume Theological Dictionary of the New Testament.  $100 plus an estimated $30 for S & H. If interested, contact me through Face Book for arrangements. 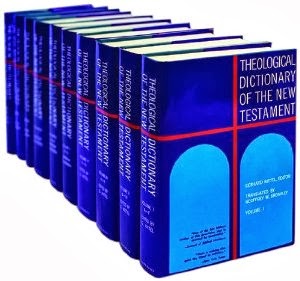 The son of acclaimed Old Testament scholar Rudolf Kittel, he married Hanna Untermeier in 1914, but there were no children from the union. In May 1933 he joined the National Socialist German Workers Party. A Professor of Evangelical Theology and New Testament at the University of Tübingen, he published "scientific" studies depicting the Jewish people as the historical enemy of Germany, Christianity, and European culture in general.

In 1945, after Hitler's Third Reich capitulated to the Allies, Kittel was arrested by the French occupying forces, removed from office and interned at Balingen. William F. Albright wrote the International War Crimes Tribunal in Nuremberg in early 1946, "In view of the terrible viciousness of his attacks on Judaism and the Jews, which continues at least until 1943, Gerhard Kittel must bear the guilt of having contributed more, perhaps, than any other Christian theologian to the mass murder of Jews by Nazis."
Nonetheless, in 1946 Kittel was released pending his trial. He was forbidden to enter Tübingen until 1948, however. From 1946 to 1948 he was a Seelsorger (soul carer) in Beuron. In 1948 he was allowed back into Tübingen, but died that year before the criminal proceedings against him could be resumed.

I am interested in the Kittel set, is it still available?

Yes, it is. Would have to go and look at it. Should be good shape. Also, would have to ponder an honorable price. I suspect the shipping would be rather aweful too. Let me know.