Greece in the Late Roman Period 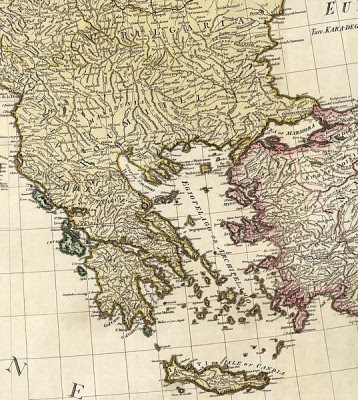 Abstract: This thesis is on Greece in Late Antiquity. There is much attention for Roman Greece, but mostly, this attention goes to the periods of the Late Republic and the Early Empire. The period of Late Roman Greece is less discussed. This thesis gives an overview on the historical background of the Late Roman period, it gives an overview of the archeaological data that have been found for all Roman periods in four major Greek cities Argos, Athens, Thessaloniki and Corinth and an overview of the most well-known surveys in Greece. By combining all these information this thesis decribes the situation of Late Roman Greece. What effects had the events in the Late Roman Empire on the people living in the Greek cities? And what on the people living in the countryside? What effects had the situation in the Greek cities on the countryside, and vice versa?
Excerpt: From their incorporation into the Roman Empire, the Greek mainland and the Peloponnese played an important role in many respects. Macedonia and southern Greece were combined in a senatorial province until in 27 BC Augustus separated the province Achaea from Macedonia. Both remained senatorial provinces, although some poleis, like Athens and Sparta, maintained a partial independence and avoided taxation. The Greeks were not always very pleased with their Roman rulers. In 88 BC Mithridates of Pontus started a campaign against Rome and he won the support of many Greek poleis. Mithridates was driven out of Greece by the legions of Sulla, the revolt was suppressed and the rebel poleis were plundered. Especially Athens and Thebes were severely punished. Sulla took with him many works of arts from Greece to Rome.
The Roman emperors were generally philhellenic and they contributed many new buildings to the Greek cities. Also other prominent Romans and Roman colonists adorned the cities with their building activity. The Greek art and culture inﬂuenced the Roman: authors like Virgil were inspired by the Greek epics of Homer, works of art were taken from Greece to Rome, where they were copied by Roman artisans, many Roman elites spoke Greek.


Click here to read this thesis from the University of Leiden
Posted by Reformation at 10:58 PM