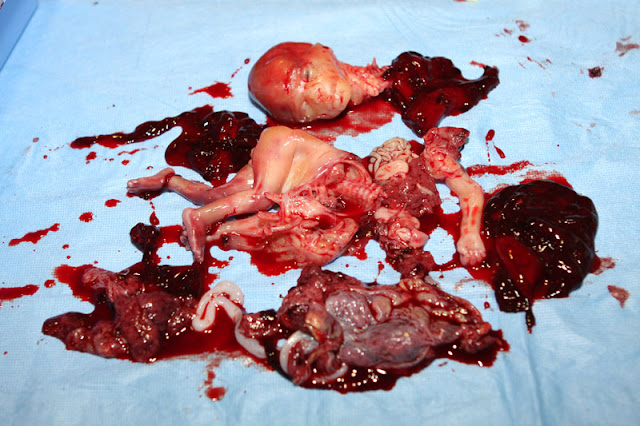 Ann Scheidler and Dr. John Bruchalski.
Washington D.C., Sep 29, 2012 / 05:03 pm (CNA/EWTN News).- At a recent conference in Illinois, former abortion workers told the stories of the work that they once thought was helping women, and how they were converted to the pro-life position.

“We wanted to better understand the mindset of people who work in the abortion industry,” said conference planner Ann Scheidler, who serves as the vice president of the Pro-Life Action League.

She told CNA that the purpose of the “CONVERTED: From Abortion Provider to Pro-Life Activist” conference was to hear what former abortion workers had to say about why they entered the abortion industry and what led them to leave it.

While abortion doctors and clinic workers are sometimes viewed as heartless by pro-lifers, some are actually “extremely compassionate people” who are misguided and believe that they are “helping women,” she explained.

“It’s very good for us to understand where these people are coming from,” she said.

Scheidler said that each one had a different story, but they shared the experience of realizing, “This isn’t what I thought.”

The decision to leave can be “difficult,” she continued. They often find that “everybody they know is pro-abortion,” so leaving their job means finding an entirely new community and peer group.

While the lack of resources has made this transition especially difficult in the past, a new ministry by former Planned Parenthood director Abby Johnson is now helping those who wish to leave the abortion industry but are struggling in their decision to do so.

Johnson spoke about her ministry, And Then There Were None, which has had contact with 30 abortion workers in recent months.

Drawing about 100 attendees, primarily pro-life advocates who talk to women outside abortion clinics and sometimes speak with clinic workers, the conference was deemed a success by organizers.

One presenter, Dr. John Bruchalski, is currently a pro-life OB/GYN in northern Virginia. However, he performed abortions during his first two years of residency.

Although Bruchalski grew up in a Catholic household, he lost his faith in the 1970s and '80s. Wanting to be a “great” doctor, he felt that he needed to perform abortions, which he believed would help women to be “happier” and “healthier.”

It was a combination of factors that changed his mind, he told CNA. Part of it was the experience of performing abortions.

“As you do the procedure, you begin to kill another human being up close,” he said, describing the experience of watching “the life drain from them” from just inches away.

“That reality goes through your hand and into your heart,” he reflected.

Performing abortions “hardens your heart every time,” because you have to continually justify your actions to yourself, he explained.

In addition, he said that there was more and more emerging data showing that abortion and contraception were not healthy for women, but had some “pretty significant side effects,” both physically and psychologically.

There was also a relational aspect to his conversion, as a neonatologist whom he worked with challenge him to re-think his ideas.

Finally, he said that he experienced a spiritual renewal, brought about in part by two pilgrimages he attended.

“All those pieces came together in 1989,” he said, explaining that he was forced to “adjust my heart and my whole outlook.”

Now, he tries to witness to others, helping them to see the reality of abortion. In 1994, he founded Tepeyac Family Center, a pro-life practice in Fairfax, Va.

“If it’s so darn good, why do so few doctors perform abortions?” he asks medical students when he gives talks.

Bruchalski said that he knows other former abortion doctors who have converted, and each has a different story. He believes that God speaks to each person in his or her own way.

“He spoke to me in a language that I intrinsically understood,” he said.

abortion? i am in favor of abortion because the baby inside the womb of the mother has the right to see the world. Because we are created by god with body and soul from his image to live.

I take it that you mean you do not support abortion? You were not clear.