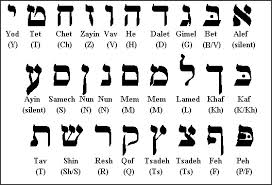 
Writing is defined as a “system of human intercommunication by conventional visible symbols.  Two stages: (1) simple combination of pictures without a correspondence to linguistic elements (= semasiography) and (2) signs of writing, pictorial or linear, as substitutes for oral language (words, syllables, distinct sounds, etc.)
Still stunned (though it's unjustified given my wider experiences, "really knowing better" than to be surprised, but still--oddly and recently--stunned) by a recent TEC cleric who never studied a lick of Hebrew, Greek or Latin. A graduate of Sewannee too. What do they teach down there?  Or, at Virginia Seminary? I ought not be stunned, but am. Actually, am somewhat troubled by Mr. (Rev. Dr. Prof.) Horton's systematic in terms of exegesis as well; I hope I’m wrong on the latter. We're mindful of Mr. (Rev. Dr. Prof.) Wilhelm Hengstenberg'sl point:  "If you want to be a theologian, you need to be a theologian of the Old Testament first."  How does one do that without studying Hebrew?
The nature and origin of writing
1.      Communication as systems of signs


B.    Forerunners of writing


A.    Theories of the origins of the alphabet


B.    Development and diffusion of alphabets


C.    Major alphabets of the world


A.    Development of Egyptian hieroglyphic writing


B.    Characteristics of hieroglyphic writing


A.    Origin and development of cuneiform


B.    Spread and development of cuneiform


A.    Punctuation in Greek and Latin


A.    History and development of shorthand


E.    Alternatives to shorthand
The act of handwriting: calligraphy


C.    Carolingian reforms in the scriptorium (8th and 9th centuries)


B.    Spread of Aramaic to the Middle East and Asia

Posted by Reformation at 9:55 PM