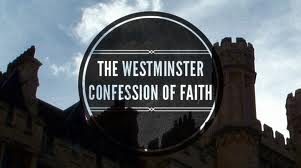 Creeds and Confessions, A Defense, Part 5

5. The Church's experience in all ages has found creeds and confessions to be indispensable.

Even in the days of the Apostles, there were those who were peddling a 'false gospel.' How did the Church respond to such a situation? Paul, inspired by the Holy Spirit, wrote that Christians should not be content with a mere profession of belief in Christ, but that teachers should be examined to ascertain whether their doctrine accorded with the “form of sound words,” which he had taught them. Paul adds to this the fearful warning of a curse on the head of anyone who brings a message other than the one they had received from him.

What we have here is, in effect, an instance – with Divine warrant, I might add – of employing a creed as a test of orthodoxy. A naked profession of belief in God or the Bible was insufficient. It had to be determined in what sense they understood the Gospel. The peculiar situation of the Church in that early age probably required a short and concise confession, but a confession nonetheless. Whether the confession Paul sought agreement with had one article or 100 is irrelevant; the principle is the same.

When we come to the 2nd Century, in the writings of Irenaeus, or the 3rd Century, in the writings of Tertullian, Origen, Cyprian, and Gregory Thaumaturgus, we find creeds and confessions occupying a prominent place in the Church as a safe-guard against error. This is especially important when we remember that by this very standard, large swathes of both Tertullian's and Origen's works were ruled unorthodox by their contemporaries and later generations.

For the rest, see:
http://andycontramundum.blogspot.com/2013/06/creeds-and-confessions-defense-part-5.html
Posted by Reformation at 5:52 PM