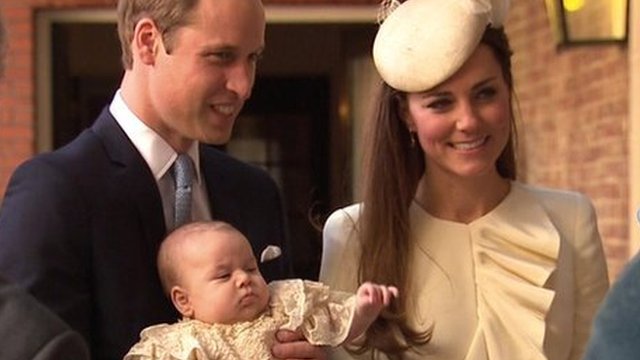 Prince George was carried into the Chapel Royal by his father, the Duke of Cambridge

The christening of Prince George has taken place in the Chapel Royal at St James's Palace in London.

The prince, third in line to the throne, was baptised by the Archbishop of Canterbury.

The christening was private, with only senior royals, four members of the Middleton family, the seven godparents and their spouses among the 22 guests.

Prince George, son of the Duke and Duchess of Cambridge, was born in London on 22 July. 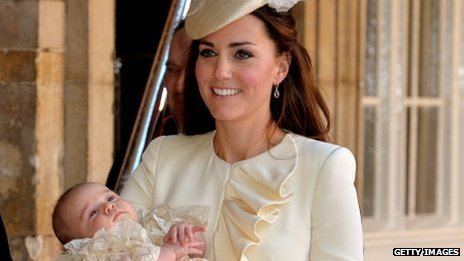 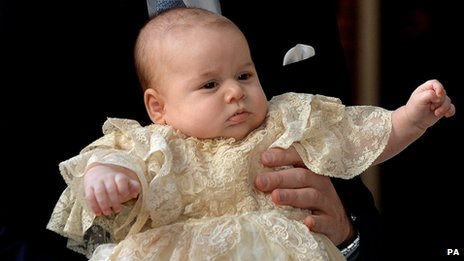 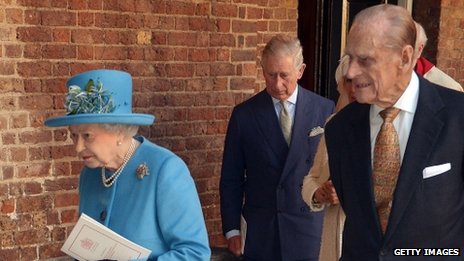 The Queen and Prince Philip attended the ceremony 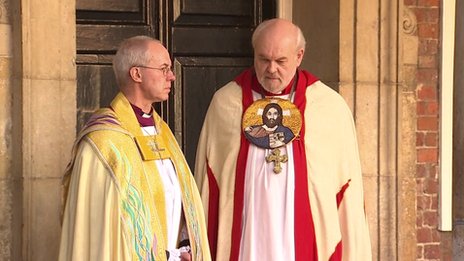 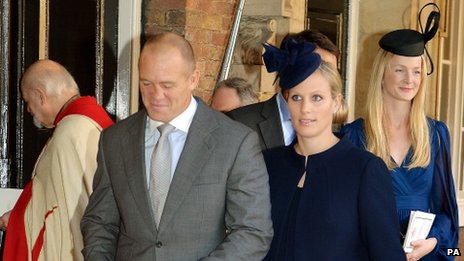 Zara Tindall, who was accompanied by her husband former rugby player Mike Tindall, is one of Prince George's godparents

The duchess carried her newly christened son out of the chapel after the ceremony, and the guests then left for tea hosted by the Prince of Wales at Clarence House.

Attending a reception at Buckingham Palace after the event, the Queen told guests how much she had enjoyed the ceremony.

"It was very nice though, wasn't it?" she told the Bishop of London, the Right Reverend Richard Chartres, at the event for the Queen Elizabeth Diamond Jubilee Trust.