Los Angeles (CNN) -- The weekend's sermon at Saddleback Church was "Surviving Tough Times," a theme Pastor Rick Warren planned before his youngest son killed himself with a gun Friday.

Matthew Warren, 27, committed suicide "in a momentary wave of despair" at the end of a lifetime struggle "with mental illness, dark holes of depression and even suicidal thoughts," the pastor wrote to the staff of his Southern California megachurch.
"Matthew was an incredibly kind, gentle and compassionate young man whose sweet spirit was encouragement and comfort to many," a statement from the church said. "Unfortunately, he also suffered from mental illness resulting in deep depression and suicidal thoughts. Despite the best health care available, this was an illness that was never fully controlled, and the emotional pain resulted in his decision to take his life."
Friend Mike Constantz told CNN he had a "playful spirit."
"There are the days where he was just this bubbly, outgoing, effervescent, reaching out to people," Constantz said. "And there were the days where he just didn't want to be around people. Just the pain, the excruciating pain, was just too much." 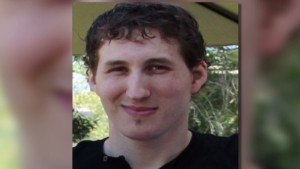 Rick Warren's son, 27, commits suicide
My Take: How churches can respond to mental illness
A prophetic message?
Worship services continued as scheduled Saturday and Sunday with Warren's brother-in-law Tom Holladay -- an assistant pastor for the Orange County, California, congregation -- filling in for Warren. Warren asked Holladay to take over when he became ill with pneumonia after a busy Easter weekend schedule, before his son's sudden death, spokeswoman Anne Krumm said.
"Bad days make good ones better," Warren's invitation to Saturday's service said on the church's Facebook page
"It's a message on what to do on the worst day of your life," Holladay said in Saturday's sermon. "So even before Rick knew what they would be facing at the end of the week, he was thinking this is what we need to hear. And it is what we need to hear."
Matthew, the youngest of Warren's children, worked at the Saddleback Resources Warehouse, which distributes books and DVDs and was "an important part of the church but played a quiet role," Krumm said.
"After a fun evening together with Kay and me, in a momentary wave of despair at his home, he took his life," Pastor Warren wrote in an e-mail to his staff Saturday.
He was found dead from a self-inflicted gunshot wound at his home in Mission Viejo, California, late Friday afternoon, the Orange County Coroner said. The autopsy completed Monday put the time of death at around 10 a.m. Friday.
As a pioneer of the megachurch movement, Rick Warren looked to translate traditional evangelical messages to a wider audience.
Warren, who founded Saddleback with his wife 33 years ago, gave the invocation at President Barack Obama's 2009 inauguration and penned "The Purpose-Driven Life," a Christian self-help guide that became a mainstream best-seller.
My Take: Let's stop keeping mental illness a secret
Rick Warren's e-mail
Subject: Needing your prayers
To my dear staff,
Over the past 33 years we've been together through every kind of crisis. Kay and I've been privileged to hold your hands as you faced a crisis or loss, stand with you at gravesides, and prayed for you when ill. Today, we need your prayer for us.
No words can express the anguished grief we feel right now. Our youngest son, Matthew, age 27, and a lifelong member of Saddleback, died today.
You who watched Matthew grow up knew he was an incredibly kind, gentle, and compassionate man. He had a brilliant intellect and a gift for sensing who was most in pain or most uncomfortable in a room. He'd then make a bee-line to that person to engage and encourage them.
But only those closest knew that he struggled from birth with mental illness, dark holes of depression, and even suicidal thoughts. In spite of America's best doctors, meds, counselors, and prayers for healing, the torture of mental illness never subsided. Today, after a fun evening together with Kay and me, in a momentary wave of despair at his home, he took his life.
Kay and I often marveled at his courage to keep moving in spite of relentless pain. I'll never forget how, many years ago, after another approach had failed to give relief, Matthew said " Dad, I know I'm going to heaven. Why can't I just die and end this pain?" but he kept going for another decade.
Thank you for your love and prayers. We love you back.
Pastor Rick
Posted by Reformation at 10:19 PM