More on the Frame-Horton Debate

A very helpful debate is ongoing in the Reformed world. It entails discussions about Confessional Lutheran and Reformed views on the uses of the law, preaching of the Gospel, and the state of wider evangelicalism. We realize that Anglicans just aren't up to the levels of exchanges that are occurring, simply because they have no interest or serious backgrounds in the Reformation---speaking widely. Virtue enthused with Dr. Horton on White Horse Inn over the book, Christless Christianity, but he's not highly regarded here. On the other hand, on the same program, Bishop Fitzsimmons Allison, endorsed the book--his opinion we value highly. 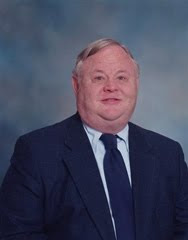 I consider, that you commit an error. Write to me in PM, we will communicate.

Also, identify yourself or further posts will not be posted. R we clear?