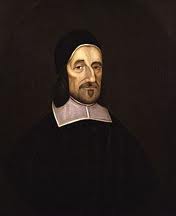 It is tragic that after enumerating such wise and Christian sentiments, Baxter was unable to translate them into action but felt compelled to forsake the Ministry of the Church of his birth-a Church to which from his principles he so naturally belonged. At the ill-fated Savoy Conference, 1661, Baxter was the spokesman of a party which was little more than nominally Presbyterian. For he himself has told us that at the Restoration the term “presbyterian” was used, as formerly Puritan had been, of any man that was for a spiritual way of worship, though he was for “moderate episcopacy and liturgy”. He had been episcopally ordained himself (although there appears to be no record of his ordination as “priest”!) and was in favour of a moderate form of episcopal government, such as that advocated by Archbishop Usher's Reduction of Episcopacy to the Ancient Model, in which the bishop differed in grade but not in order from the presbyter. He held that "the bishops to whom the Apostles committed the power of ordination are the same who are called presbyters by them, and they were the over- seers or pastors of one single church.” He was willing to accept a superior “grade” of bishops possessing special powers for ordination and oversight of presbyters, but the pastors or presbyters must retain their inherent original disciplinary power of the Keys over their congregations.

When preaching before Parliament in 1660 Baxter had asserted that “it was easy for moderate men to come to a fair agreement, that the late Reverend Primate of Ireland (Usher) and myself had agreed in a half an hour,” and that “he and many with him made no exception to the doctrines of the Prayer Book.” Since in England episcopacy could be had without error or superstition, Baxter had no sympathy with the extreme Presbyterian who clamoured for its “utter extirpation. But on the other hand he had no use for the Laudian School of divines who had begun to question the validity of non-episcopal ministries. The vindictive hatred of the Laudian clergy for Presbyterian “sectaries” alarmed Baxter. He regarded such “Prelatists” as really “separatists” and “schismatics,” cutting themselves off from the main body of Christians, since (like Matthew Henry) Baxter regarded schism as “an alienation of affection amongst brethren.” At the Restoration, in spite of the fact that both the King and his flock wished him to remain on as Vicar, Baxter was harshly ejected from Kidderminster to make way for the return of the old incompetent sequestered minister; but Baxter advised his parishioners not to forsake the Church services and sacraments.

Early in 1660 Baxter went to London with Calamy, Manton and Reynolds to confer with Lauderdale about the possibility of restoring Charles II, and he preached before the Commons on April 3oth, 1660. He longed for peace and concord. It was shortly after this that he was offered a bishopric, which he refused, not because he objected to the office, but because he felt that by so doing he would be in a more disinterested position in his efforts to persuade other members of his party to submit to episcopal government. He was appointed a Royal Chaplain and preached before the King. At the Savoy Conference he justly complained that “we are called by the name of Presbyterian (the odious name), though we never put one petition for presbyterianism but pleaded for primitive episcopacy.”

Yet in spite of his strong Church sympathies it was probably Baxter's attitude and policy at the Conference which did most to retard the possibility of an agreement. Some of his brother Commissioners desired to insist only on a few important alterations in the Prayer Book. But Baxter - even though he confessed that he regarded its faults as no more than “disorder and defectiveness” - insisted on bringing forward a long list of trivial captious criticisms. Instead of offering “reasonable corrections and amendments” Baxter thought it his duty to offer an entirely new alternative Liturgy, based on one which he had used in his church at Kidderminster after the Prayer Book had been suppressed.

This unwise policy only exacerbated the feelings of the Church party. The truth was that Baxter, especially in the earlier days of his ministry, was far too fond of theological controversy and of shining and scoring in debate. His love for abstruse metaphysical discussions and logical wranglings made him, in spite of the sincerity of his intentions, the most unfit man to effect a compromise. Bishop Burnet hit off the unhappy situation when he reported that Baxter on the one side and Gunning on the other “spent several days in logical arguing to the diversion of the town, who looked upon them as a couple of fencers engaged in a dispute that could not have any good effect.”

Yet even at this time Baxter secured a preaching licence from Bishop Sheldon and preached all over London and especially at St. Dunstan's in the West. When, however, the Act of Uniformity was passed in May, 1662, he ceased these activities because his scrupulous conscientiousness would not allow him to give “his unfeigned assent and consent” to everything contained in the new Prayer Book. If the additions to the old book had not been authorized, and this exacting oath, to accept every detail of the new book, had not been pressed, Baxter would have remained in the Church ministry. He always considered himself as a “loyal member of the Church of England,” which he defined as “a Christian Kingdom consisting of a Christian supreme power and combined Christians as Churches governed by that Power.” The Church, in fact, must be co-extensive with the Nation, and Baxter believed as strongly as Hooker or Cranmer that it must be Erastianly governed by the Chief Magistrate.

It was at this period (September, 1662) that Baxter, who I in his early years opposed marriage for the clergy, now secured the comforts of the married state by allying himself with Margaret Charlton who, with her mother, had been in his Kidderminster flock. He and his wife regularly attended their parish church wherever they were. She died in 1681.

Nothing could stop Baxter from preaching, even though he was imprisoned for exhorting his neighbours in his own house at Acton. It was here also that he had the privilege of the friendship of the pious, eminent and upright Lord Chief Justice, Sir Matthew Hale. Baxter joined with him and Bishop Wilkins in 1668 in an abortive “Comprehension” Scheme to secure religious peace; and he attended Conferences five years later with Stillingfleet and Tillotson for the same object.

Baxter's trial before the infamous, brutal, and depraved Lord Chief Justice Jeffreys in 1685 has left an indelible stain on the pages of English history. A pious and celebrated divine, who had refused two bishoprics and who was the great friend and companion of a former Lord Chief Justice, was compelled to submit to the jibes and insults which Jeffreys heaped upon him, calling him “a snivelling, canting presbyterian” and likening him to Titus Oates as “one of the greatest rogues in the Kingdom,” declaring that it had been well if “he had been whipped out of his writing trade forty years ago”! A jury was bullied into a verdict of guilty, with the result that Baxter was fined 500 marks and imprisoned for the next two years. We can form a little idea of the shameful length to which bitter intolerance led even professedly Christian men, when a prebendary actually composed the following defamatory and scurrilous epitaph on the author of The Saints Everlasting Rest. “Here lies Richard Baxter, a militant divine, and the chief of schismatics, whose itch of disputing begat, whose humour of writing nourished, and whose intemperate zeal in preaching brought to its utmost height the leprosy of the Church. The sworn enemy of kings and bishops, and in himself the very bond of rebels, who was born through seventy years and eighty books to disturb the peace of the kingdom, and twice to attempt the ruin of the Church of England, in the endeavour of which mighty mischiefs he fell short. For which thanks be to God.”

Baxter spent his last days in a tenement house in Charterhouse Square and preached whenever he could. “He talked in the pulpit with great freedom about another world, like one who had been there and was come as a sort of express from thence, to make report concerning it.” He had much suffering at the last, but great joy and peace in believing. “I have pain,” he said, “but I have peace”. He spent much time in praying for a distracted world and a divided Church.
Posted by Reformation at 10:02 PM